Solenic Medical, Inc. is a medical device company developing an innovative non-invasive treatment for infected metallic implants in the body. Using technology invented at the University of Texas Southwestern, Solenic is leveraging the unique properties of alternating magnetic fields (AMF) generated by external coils to eradicate biofilm on the surface of medical implants. This non-invasive treatment addresses a major complication of various surgeries such as knee and hip replacements, as well as in trauma related implants such as plates and rods. This is particularly important given an aging population and the rapid increase in the number of these procedures being performed every year. Solenic’s AMF technology has the potential to completely replace the very expensive and risky two-step revision surgical procedure, which is the current standard of care for chronic infections on medical implants.

The Problem: Implant infections are notoriously difficult to treat. They’re caused by biofilm – densely packed colonies of bacteria with increased resistance to antibiotics due to changes in gene regulation, molecular transport, and cell activity. Prior to the last two decades, improvements in surgical technique decreased the incidence of implant infections to 1-2%. However, a growing concern due to rising infection rates and increasing procedure volumes belies previous improvements. Studies show a rising incidence over the prior decade with an increase in rate by up to 9.5%. This correlates with rising rates of comorbidities like obesity and diabetes. Additionally, current age trends indicate a rise in the absolute number of procedures. Currently, the gold standard is a two-stage revision – removal, an antibiotic regimen, and reconstruction. This highly-invasive process has a failure rate of up to 18% with a reinfection rate estimated at 8.8% in studies.

The Solution: Solenic offers a non-invasive method to eradicate biofilm through AMF. Studies have shown six orders of magnitude reduction in biofilm when subjected to temperatures achievable by our technology yet within range of temperatures seen in other procedures. Closely monitored with acoustic feedback, high temperatures would be limited to less than 1mm from the implant surface. Our solution is safe and effective.

Market Opportunity: The initial orthopedic market can be broadly broken down into infections associated with prosthetic joints and those associated with fixation devices used for fractures. Orthopedic procedures are among the most common surgeries performed in the US with total knee arthroplasties (TKA) ranked first, total hip arthroplasties (THA) fourth, and spinal fusions fifth. Projections for 2030 estimate a 673% increase in TKAs and 174% in THAs. Periprosthetic joint infections (PJI) are the most prevalent cause of implant failure and a significant burden on the US healthcare system. The average cost to treat PJI is about 3 times the cost of the primary implant, and the estimated cost burden of PJI is projected to reach $1.62B by 2020. Fractures account for over 10M visits per year in the US and external or internal fixation are commonly used for treatment. Infection rates range from 20% for internal fixation to close to 100% in external fixation. Both fixation markets are growing with estimated sizes of $2.8B by 2025 for internal and $3.12B by 2028 for external. Our technology, used in an outpatient setting to eradicate these infections before they require revision surgery and hospitalization, would significantly cut down on financial burden and address a major medical need. Beyond orthopedics, metal implants used cardiology and dentistry would be excellent future applications. 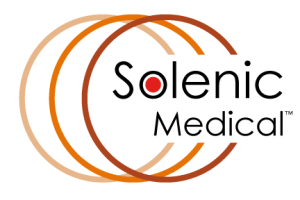 Join
Thank you for your investment interest. A VIC Investor Network representative will contact you within 5 business days with additional information regarding investment in the company you have selected.